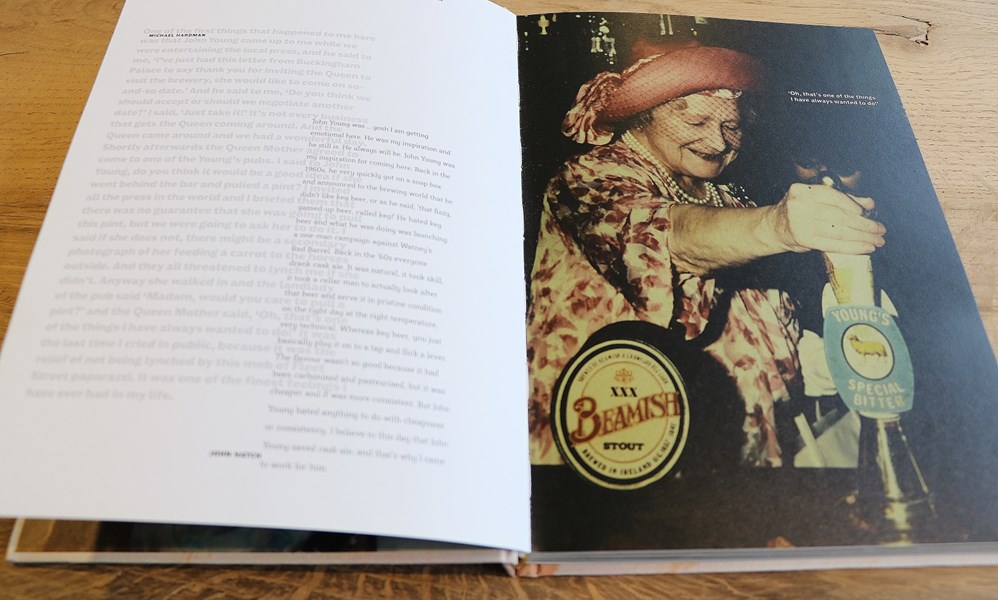 Greenland UK has worked with renowned artist Neville Gabie to publish a new book and short film celebrating the history and future of Ram Quarter – Greenland’s redevelopment of the former Young’s brewery in Wandsworth, southwest London.

Supported by Futurecity, The Brick Box, and Enable Leisure & Culture, Gabie was commissioned by Greenland to capture the fascinating social history of Ram Quarter, the oldest continuously operating brewery in Britain.  Brewing has been taking place at the site without interruption since the 16th century, and Greenland has been working with former Young’s master brewer John Hatch to maintain the tradition during the redevelopment.

Inspired by the Young’s archive, Gabie recreated a Young’s staff Christmas dinner that had been held in Wandsworth Town Hall in 1948.  The project restaged the dinner in exactly the same location, inviting guests who reflected not just the brewery’s past, but people who live and work in Wandsworth – a tribute to the special role that the brewery plays in the area’s identity.

The book – entitled Dinner – captures Gabie’s creative process and also testimonials from those who took part, many of which were filmed for a DVD that accompanies the book.  A limited number of copies has been published, and many have been given to people who took part in the project.  A copy has also been archived with the British Library.

Taotao Song, Chief Executive Officer at Greenland UK, said that the event would also be commemorated with a special installation at Ram Quarter: “Through this project we have been eager to show Ram Quarter’s exciting past and its position at the heart of the Wandsworth community.  Alongside the book we have therefore commissioned a three-metre high lightbox installation capturing the dinner, which is now on public display.”

Announcing the publication of the book to guests, Neville Gabie said: “This book is a real memento of a special piece of London’s history.  Greenland UK and I would like to thank all those who attended the dinner for their enthusiasm and willingness to be involved.”