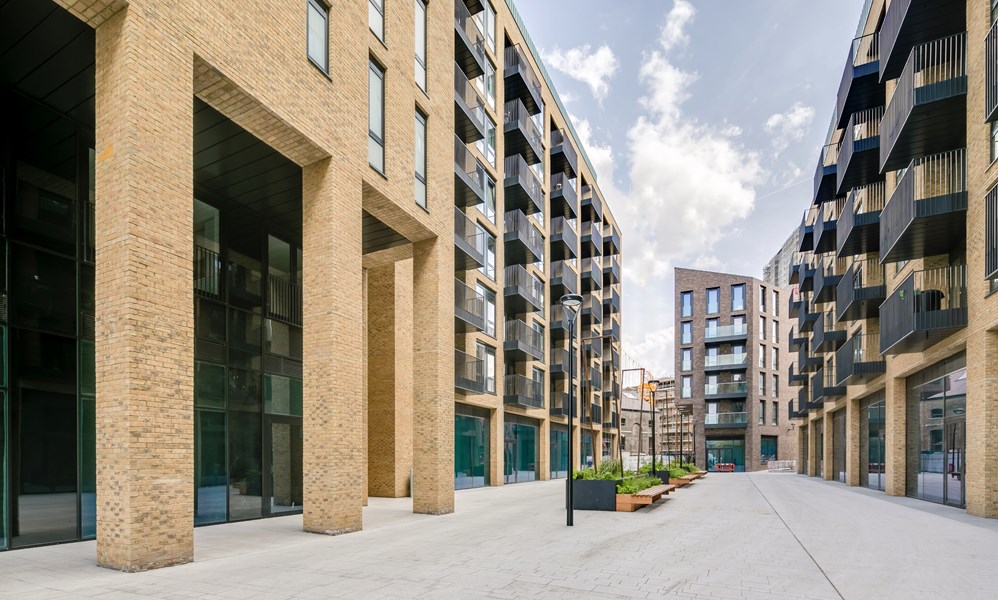 Ram Quarter was Greenland’s first development in the UK, and the perception and message that this scheme communicated to market had to be a direct reflection of the quality and distinction of Greenland Group as a global brand.

The Young’s Brewery had been a familiar local landmark for both Wandsworth residents and visitors for more than 150 years. Opened in 1831, the site has contributed much to the borough’s social and historic fabric. Greenland UK was providing new buildings and incorporating some of the existing buildings to create 338 new homes in Phase One of the development, and also retail and commercial space.

Following initial market research, it was clear that the heritage of this site would be the main point of difference in London’s dynamic residential market. A naming workshop began the process, ensuring that all major stakeholders were involved in this crucial task. The final name ‘Ram Quarter’ borrows from the provenance of the site.

The name was supported by the proposition ‘Beautifully Crafted’ giving a nod both to the craft beer heritage of the site, and to the careful consideration given to the new development’s design.

The creative treatment was kept deliberately simple.  One clear message and a bold use of the scheme’s logo and colour provided the distinctiveness we required in the early stages of the campaign.

The campaign positioned the scheme as a high quality residential and retail development, capturing the imagination of prospective buyers.  Within four months of launch, by January 2015, 130 units had been sold, with a high proportion going to local buyers – a success story that has continued through completion of the first phase of the project as new residents have moved into their homes.

Pollitt & Partners is a London-based creative design agency which has worked with Greenland since the launch of Ram Quarter.