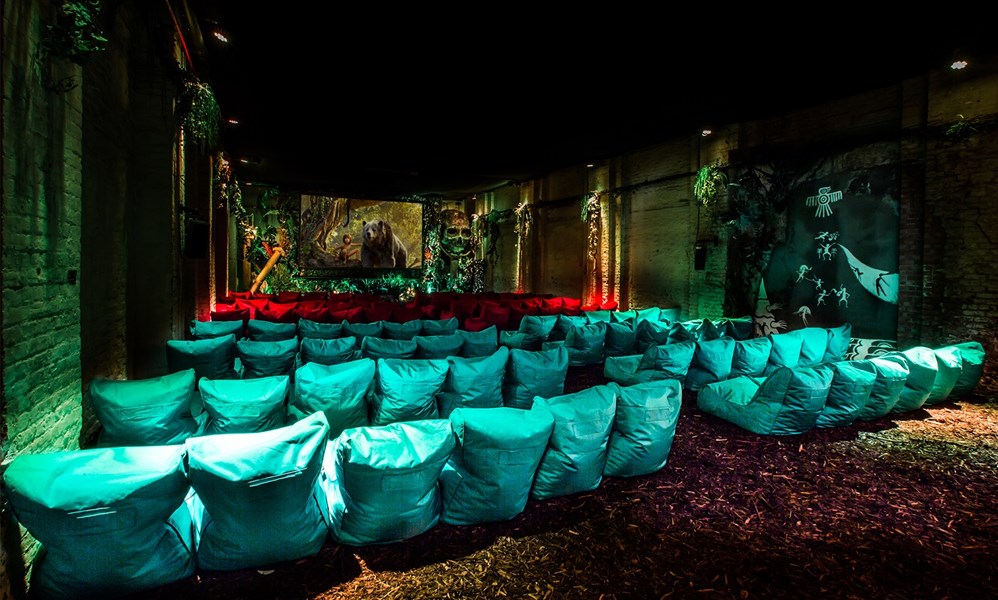 One of London’s leaders in alternative cinema experiences, Backyard Cinema will establish a 250-person capacity cinema within the former Capital television studios at Ram Quarter – Greenland’s redevelopment of the former Young’s brewery.

Originally created in its founder’s back garden, and later as a roaming pop-up cinema, Backyard Cinema has always operated hitherto on short leases running seasons of films in different locations.  The new Wandsworth home will allow Backyard Cinema to develop its multi-sensory cinematic experiences.  At Ram Quarter, Backyard Cinema will host more regular screenings and events for the community, as well as offering an exciting range of food and drink from some of London’s much-loved traders for customers to enjoy before and after the show.

This new location for Backyard Cinema is part of a lease agreement with Greenland to take over and reimagine the former television studio buildings at Ram Quarter. The studios, which were previously home to classic cookery shows including Saturday Kitchen and Ready Steady Cook, form part of Greenland’s wider redevelopment of the brewery site and sit alongside the completed first phase of new homes, retail and restaurant space in the heart of Wandsworth town centre.

Chris Daly, Senior Commercial Manager at Greenland (UK), said: “Backyard Cinema is at the forefront of the experiential cinema movement and we’re delighted to be welcoming this hugely successful brand to Ram Quarter.  Backyard Cinema’s offer fits perfectly with our vision to put Wandsworth on the map as a thriving cultural and leisure destination in southwest London.”